‘Periphery’ is a recurring term, having a great resonance and that emerges easily when talking about some dramatic situations present in the life of large cities. This collection seeks to answer the challenge of dealing with ‘peripheries’, considering the places built as ‘peripheral’, but without intending to fix them, through social attributes, the status of its inhabitants or other exams that disregard the varied forms insertion into these spaces. The texts compiled in this book reveal the rich elaboration of an analytical field, the complexity of which is due to the recognition that the borders of the peripheries are far from being constituted by coordinates that are only or primarily spatial. After all, the margins, as many published works demonstrate, can be political, religious, social, administrative and/or cultural – without being covered in such a way as to create fixed, homogeneous, unified spaces and subjected to the same cleavages. The peripheries were observed and addressed here according to diverse and different themes, with elements that are often common in these environments and that are usually related to each other. Throughout the book, the reader is faced with relationships mediated by drugs, crime, violence, arts, expressiveness, religiosity, social management, the State, social housing spaces, etc. A reading that may seem a little dense at first, but that is essential for a better understanding of the new conflicts in contemporary Brazil. 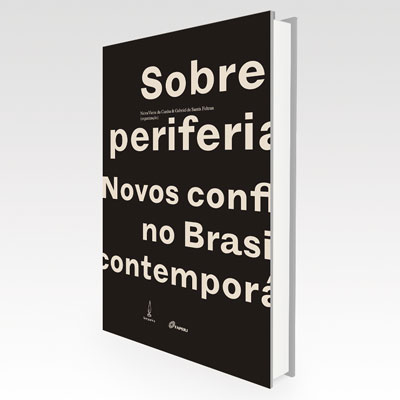