Marginal voicesorganized by Giordano Barbin Bertelli, is the second volume of the Marginália Collection of Urban Studies, coordinated by Gabriel de Santis Feltran. The collection brings together articles by several researchers dedicated to the cultural production of Brazilian urban peripheries and presents the public with an approach to the theme of language(s) and aesthetics(s) produced/consumed by marginalized groups in the contemporary urban setting. It is about focusing on linguistic, artistic-cultural, and aesthetic expressions present in the sociability of these groups and paying attention to their multiple political meanings. 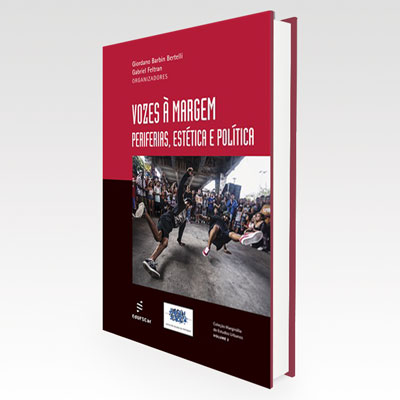